After saying a few words about the importance of the advanced manufacturing sector for the UK’s future prosperity, The Duke, who is also the UK's Special Representative for International Trade and Investment, then passed his hand through a Renishaw NC4 laser tool setting system which set-off an electronic buzzer to signify that the show was formally open. 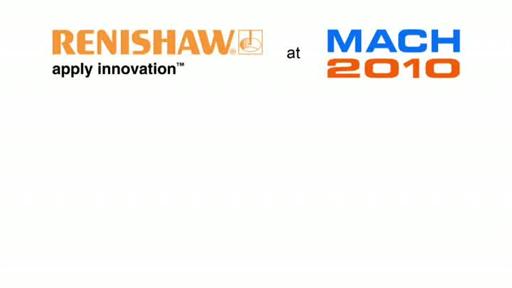 Graham Shearsmith, MACH 2010 Exhibition Manager, said, "We wanted the official opening to involve something other than a traditional ribbon cutting ceremony and to better reflect the nature of the exhibition. The use of the laser tool setting system was ideal as it is a high-technology product used within a machine tool environment and is manufactured by Renishaw, one of our most successful exporting members."

After the opening ceremony, The Duke of York then spent time touring the exhibition halls, and visited the Renishaw stand where he was hosted by Marc Saunders, General Manager for the company’s UK Sales Division: “The Duke was particularly interested in our measurement technologies that have been adopted by aerospace and automotive companies globally to drive down the costs of machining and inspection. He even pointed out some of our measurement equipment that he had seen in ‘Quality Control Laboratories’ during his travels. We were also able to show him that our laser tool setting systems have a key role in automating the metal cutting process, and are not just for ceremonial purposes!”

The NC4 tool setter, for which Renishaw was awarded a Queen’s Award for Enterprise: Innovation in 2006, is a laser-based system used by manufacturers worldwide for the automatic setting of cutting tool parameters and the detection of tool breakages, all within the harsh environments of CNC (computer numerically controlled) machine tools. It can measure tools as small as 0.2 mm diameter and detect breakages on tools as small as 0.1 mm.

MACH 2010 runs from Monday 7 June for a five day residency at the National Exhibition Centre, Birmingham. The biennial event attracts in excess of 27,000 visitors keen to see the latest in engineering-based hi-tech manufacturing technologies from almost 450 exhibitors.

Find out more information about Renishaw's exhibits at MACH 2010.